My birthday gift on my 50th year was something that shook me to death,
and yet, brought me truly alive.

It was a Friday. I was just going for a game of squash, and then somehow, I didn’t feel like heading out.
I was feeling a bit irritated and tired. At 11.30am, I had this explosion in my head and I could literally sense the blood flow in my brain. My head was bursting with pain, I screamed for my daughter, and suddenly fell unconscious.
The next thing I know, I find myself somewhere in a place that’s almost magical and heavenly – the ICU.
In medical terms, I was going through something called Subarachnoid Haemorrhage (Cerebral Aneurysm). For me, it was a life-changing gift. I was the ‘Chosen One’, or you could say, the ‘Lucky One’; the one who was ready to face death and life.
The next 10 days in the ICU was an unexplainable journey.
I appeared to be ‘sick’, but I was not. I knew I was going through an ‘awakening’, and for that, everything had to shut down. Yes, I totally slowed down. Actually, I was made to slow down. Everything within and around  me stopped.
Each moment was crucial, every breath mattered. There were times when I didn’t know whether it was day or night, so many needles, so many machines, so many tests; and yet at times, I cried… out of gratitude.

There were times when I could not do the most basic things like walking, talking, eating and yes, even breathing was difficult.  A soft gentle voice soothed me and told me, “Mama, breathe! Even one breath is enough.” And yes, that really was ENOUGH.

I have received this special gift, I see the Infinite Self.
Did I fall or did I rise? I became the depth, in which everything fell and rose
I came home to my body, I came home to my soul, I came home to ME.
No thought, no emotion, no concern, no suffering.
I was held by some miraculous faith.
I was held by an invisible, yet very tangible power,
that was with me throughout this journey.
A journey of love, faith, courage, and acceptance.
A journey from dying to living.
It’s like I saw it all and went through all.
I sailed through, effortlessly, and with me my family sailed too.
A journey I now call ‘A Ship That Sails’
In the last three months, I have received such deep cherishing gifts,
and some gifts are yet to unfold.
Could I have asked for more? 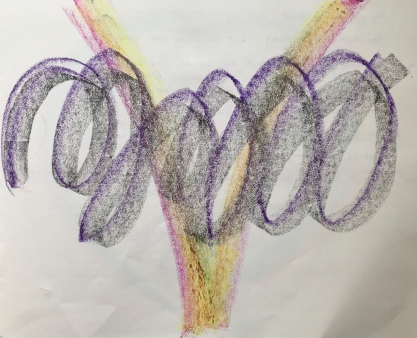 In my life, there were too many turns.
But this was a big one.
That  threw me right down, very deep.
And the only way was, to rise.
A turn, that turned me over.
To a new life, new being,
new living, new meaning.

I will continue to share the gifts I received…
Join me at geetabhansali.wordpress.com